"Making a Murderer" is Not Entertainment

"Making a Murderer" is Not Entertainment

"Making a Murderer" crept up on me...


It's one of those things. You notice it slowly, as it pokes at your attention from one website, then your Facebook feed.  No one you actually talk to mentions it at all.  Finally, after a Slate article, you start to watch. 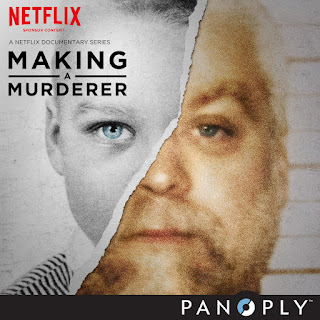 An addictive personality, like mine, will find itself in familiar woods.  You start to pay attention, and then you dive in, resentful of needing to breathe because of the breaks it causes in your new interest.  The frame of reference for your whole life changes.  Everything is repainted into a new portrait of the world.  I have focus.  I have drive.  I have a mission.

As someone who is familiar with my own mental tricks, I have learned a healthy dubiousness of my own reactions - which keeps me from moving across the country to pursue my latest obsession.  It doesn't stop me from detaining friends and acquaintances and telling them about the Making a Murderer documentary, its implications and frauds.  My friends, and husband, are tolerant and kind.  (I haven't tried this on my sisters yet.)

I am not alone.  The gripping Netflix series "Making a Murderer" is shocking the English-speaking world.  UK, South Africa, Hong Kong subscribers to Netflix share horror at what they see.

But what, exactly, are they seeing?

We aren't just entertaining ourselves during this show.  In fact, "Making a Murderer" is not entertaining at all.  It is a difficult watch, and many report needing to walk away from it for a while because of the feelings it evokes.

We, the watchers of "Making a Murderer," are participating in a political movement.  The easy communication of ideas through the Internet has led to shifts in political power.  Before the Internet, local sheriff departments had little worry about their decisions being questioned.  Power like that was local, and only a reporter or a state-level or Federal prosecutor could change it.  These were the gatekeepers of appeal.  You had to convince one of them to follow your story before improper, or even illegal, actions could be confronted.  One person, or even a group of people, without the power of these gatekeepers, had no chance to affect the status quo.

Sunlight is the best disinfectant, supposedly.  And the power to expose bad practices is a power in itself.  But the virtual world goes further.  It permits people to act.  It permits people to gather together and push in the same direction at the same time.  Their opinions and money can be directed very specifically towards a goal or idea.  Witness Bernie Sanders and his famous "let's have a fundraiser" speech that raised millions of dollars.  That effect is possible because the information highways built to facilitate commerce are the same roads used to communicate information.

The Evolution of News 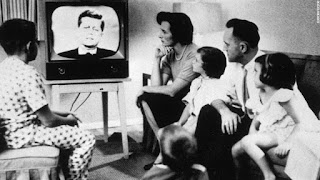 Remember when we were young?  We ingested awful news, Mad Men style, while sitting in our living rooms.  Very passive, and powerless.  Reporters, the gatekeepers of knowledge, decided what we needed to know.  Then it was written down and read to us by some old man with white hair.  Eventually a blonde female was added.  An example of that dynamic in action is the information that smoking causes cancer, which had been discovered many years before being reported in the mainstream press.  Another is negative information about Scientology.  When there was a choke point in the news, and only a few people chose your information, the Church of Scientology could intimidate them with lawsuits and stalking.

Beginnings of the Information Tidal Wave 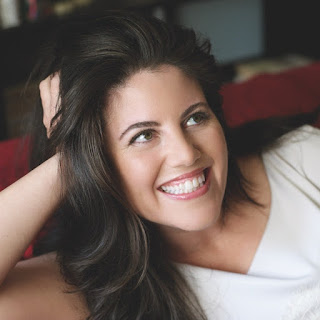 This process started to break during the Clinton Administration.  Local t.v. news teams began to do their own national stories, which differed from what was considered "the news" before.  The types of news that would never be reported: an affair with an intern, or that a murderer/rapist had a high level job on the Hill, were driving headlines.  The former gatekeepers began to lost their hold on American opinion, and lamented it loudly.

If they only knew.

At the time, one reporter actually said that he, and everybody else, knew of the powerful Administrative Assistant who was convicted of rape and attempted murder, but that it "just wasn't news." Can you imagine someone saying that now?  More than that, it speaks volumes about the disconnect between those choosing the headlines and those reading the headlines.

Not coincidentally, in the Nineties the Internet started becoming an important means of commerce and communication.  It was clear that a whole lot of money was going to pass through those wires, and everybody better get prepared for it.  What no one anticipated was the same "Information Superhighway" would be a conduit for information. 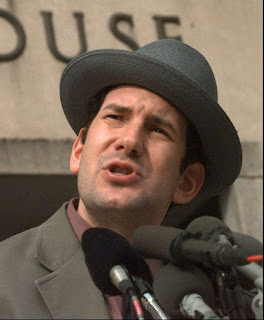 
Then came the Drudge Report.  Matt Drudge famously worked at the gift shop at CBS Studios and fished discarded news stories from the trash and published them via email, and then later on a web site.  During the later Nineties, The Drudge Report became a pillar of news and information that other outlets had to follow, especially for salacious sex scandals of the kind ignored by the Washington press for decades.

"Making a Murderer" is all about political power.  It is the latest in a developing political trend that started with Anonymous uncovering the identity of two teenage cat abusers.

At some point, the Information Age gave all of us a way to act, as well as know.

It started with the boys who filmed themselves kicking their cat and posted it on YouTube.  The soon-to-be-notorious cat lovers of Anonymous tracked them down and outed them.

This video is an example from 2010, when users from 4chan became enraged at a video of cat abuse on YouTube.

It showed a young man abusing a family cat.  We know it is a family cat because Anonymous went on a mission to find out who hurt this cat, to get revenge.  That's right Kenny Glenn, I'm looking at you.  And see http://www.kenny-glenn.net/.

In what has become a familiar story, the personal information on Kenny Glenn, his family, and workplace of his parents were publicized to everyone in the world.  It was a new level of public shaming.

Bile was thrown at Glenn and his family for years afterwards.

The public expression of outrage morphed into a vigilante groups.  That's not a criticism.  The global online marketplace provided the same path to political expression as buying a pair of shoes.  The ability to remotely shop for linen meant that groups could now politically galvanize on a worldwide basis using the same electronic pathways. 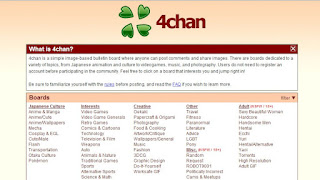 4chan's Great Cat Incident was not entertainment, any more than popular outrage about the Steven Avery case is entertainment.  It is a political expression.  It is power in a new context: global.  Before then, political power had geographic limitations.  The local sheriff, aside from rarely being trumped by the Governor or State Police or the FBI, usually enforced crime as he saw it.  That happened in the Glenn case.

After the identity of the abuser and the health of the cats were known, follow-up outrage targeted the decision of local law enforcement to keep the cat in the same house.  Not for long, though.  People didn't just shrug and leave after the initial outing.  They followed the status of the cat and shrieked when they found out it had been returned.  Only then was Dusty the cat was moved to a safe home in March, 2010.

The attention had forced a reaction from local officials where previously there might have been one article in the paper, but then it would have died down.  This time there was no gatekeeper to decide there were other stories to report.  So the unilateral decision of authorities was not the final word, the activists on the Internet were.

Before the information superhighway, no one would have found out who hurt that cat.  If it was discovered, the original law enforcement decision to not press charges would have ended the matter. What the Information Age gives us is the ability to reframe raw power.  A local guy, in his position of sheriff, has a wide range of reviews of his decisions.  It has never been that way before without a reporter from a powerful newspaper supporting you.  The revolution of ideas, consumerism is also a revolution of power.  You may have been king of your valley, but not any more.  People everywhere can see into your locale and hurt you if they don't like what they see.  They can get you fired, as has happened to more than one YouTuber.  They can put your information on the internet so teen boys can threaten you with sex crimes.

It's the democratization of power.  You used to need a media outlet to agree with you before you could trump local power brokers.  No more.

The next case to look at is the Stuebenville rape case.