Poor Amanda Knox.  This Italian legal system is really throwing her around.  First, she is found guilty.  Then she is going to be retried.  She already spent four years in Italian prison.  She may be extradicted, she may not.

At least she is one American who is getting a trial.  Imagine the feelings of the family of that 16-year-old who was killed by a drone without any trial at all?  He was also an American.  Yes, his father was a terrorist who dragged him halfway around the world, but he was still an American and a teenager at that.  No, he was not a cute girl.

It's funny the outrage that the American media is showing about Amanda Knox but not the other Americans on President Obama's Kill List.  Amanda Knox's plight is the lead on Huffington Post right now.  I didn't even check CNN.com.

Imagine we lived in a world where the mainstream press cared that the Constitution was being destroyed.  Where killing American citizens without a trial was considered outrageous.  At least Amanda Knox has had her day in court.  What about the other Americans on the Kill List or in indefinite detention?  Where's the outrage there?

Nowhere to be seen.
Posted by Econo-Girl at Tuesday, March 26, 2013 No comments:

Reviving the Republican Corpse - Notes on the Autopsy

Republicans have to stop talking to themselves, but can't seem to do so, as Jason Linkins notes in his commentary on a Republican report on 'what went wrong' in 2012.

So, being the fair-minded person I am, let me offer a few tips that would turn their party around on a dime.

There is a natural coalition between the Left and Right in the area of civil rights.

President Obama's great vulnerability is the Bill of Rights.  While George Bush disposed of habeas corpus, President Obama has stabbed the Fourth Amendment to death.  And there is an alliance to be made between the Second Amendment supporters and the liberal civil libertarians who also hate President Obama.

Now that we know President Obama is willing to detain American citizens indefinitely without a trial, questions need to be raised about how many Americans are being held without trial RIGHT NOW.  Talk about Fox screaming points.  Yet there is no better question to be asked of our government. And no truck should be given to this "on American soil" nonsense.  What is the answer, Mr. President? How many? Over and over again.

No warrant is required to gather personal information about U.S. citizens from telephone companies.  Has a real picture of what that means been painted for the American people?  No.  Another Fox screaming point.

Huge data centers are collecting information on Americans that can be used to convict them later on.  All without a warrant.

Until Senator Rand Paul filibustered, President Obama wasn't willing to say that drones were not allowed to kill Americans on U.S. soil.  Thanks, Senator Paul.  Dramatic pictures can be described where someone who angered the President could be killed without a judge, warrant or trial.  Draw examples from U.S. history where that power could have been easily abused.

Another item is that basic freedom of speech no longer exists.  If someone disagrees with a politician during a public appearance, they are arrested.  That practice is unconstitutional.  The U.S. Justice Department targets technology innovators for prosecution, with two of them having committed suicide so far.  How can we lead the world in a future economy if we kill off our thought leaders?  We can't.

The above are only a few of the items that could cut President Obama to the core and establish a new paradigm of Republican loyalty that transcends Nixon's southern strategy.

But they would have to listen first.  Well, a girl can dream, can't she?


Sent from my iPad
Posted by Econo-Girl at Wednesday, March 13, 2013 No comments: 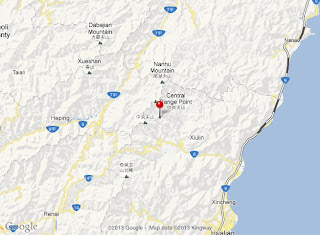 Earthquake: M 5.5 - Off the coast of Guatemala 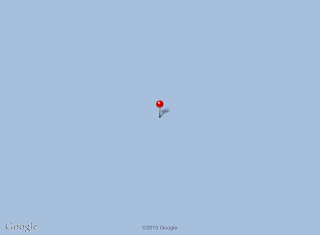 Magnitude: 5.5
Location: Off the coast of Guatemala

Claiming a serious breach of judicial ethics, Anonymous posts enough information on the web to get the Honorable Loretta Preska into real ethics trouble.

You see, a judge isn't supposed to hear a case if she is married to someone who has an interest in that same case.  That's called a "conflict of interest" and every judge is supposed to let someone else hear the case, in what is called "recusal."

The appearance of fairness is very important, not just fairness itself.  That's why every judge has ethics rules about this kind of a thing.

What Hon. Judge Loretta Preska did was decide bail in a case where Stratfor was hacked.  The thing is, her husband is a client of Stratfor and was affected by the crime for which she was deciding bail.

NEW YORK (AP) — A New York judge has refused to grant bail to a Chicago man charged in a conspiracy to hack into corporations and government agencies worldwide.

Federal Judge Loretta Preska says Jeremy Hammond poses "a very substantial danger to the community." She rejected arguments by his lawyers Tuesday that he be freed on bail secured by houses owned by relatives.

Prosecutors call Hammond a flight risk and a danger to the community.

Hammond has been held since his March arrest. The judge says he has demonstrated a lack of respect for court orders and a sophisticated ability to get into databases online and obtain information including credit card numbers.

Hammond has pleaded not guilty in website attacks the government says were carried out by the loosely organized worldwide hacking group Anonymous.

Judge Loretta Preska decided that there would be no bail for Jeremy Hammond.

I made a few calls strictly for the purposes of verification, and the phone numbers are valid.

>
> Space Weather News for March 3, 2013
> http://spaceweather.com
>
> NAKED-EYE COMET: Comet Pan-STARRS (C/2011 L4) is now inside the orbit of Mercury and it is brightening as it approaches the sun. Observers in the southern hemisphere say the comet can be seen with the naked eye even through city lights. Currently, it is about as bright as the stars of the Big Dipper (magnitude +2 to +3). The comet could become even brighter when it moves into northern hemisphere skies in the second week of March. Check http://spaceweather.com for current images and updates.
>
> SOLAR FLARE ALERTS: Would you like a call when solar flares are underway? X-flare alerts are available from http://spaceweathertext.com (text) and http://spaceweatherphone.com (voice).
>
>
Posted by Econo-Girl at Sunday, March 03, 2013 No comments:

On Sunday, December 31, 2000, the PBS Newshour interviewed Ben Strauss about rising sea levels and its impact on our lives.

Wow. Prophetic. Strauss specifically talked about a storm like Sandy and the possibility that the subway system in New York City could be flooded.  He mentioned that the risk of once in a century storms has been doubled.

I found the story on the PBS Newshour Science and Technology Coverage podcast.  Don't know how to link it though.