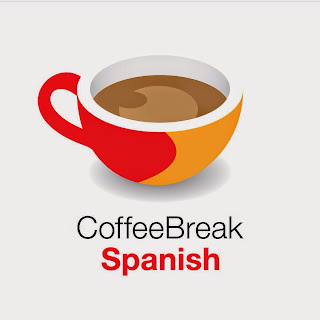 I am learning Spanish at work! Love this podcast.

Check out this great Podcast: https://itunes.apple.com/us/podcast/coffee-break-spanish/id201598403?mt=2
Posted by Econo-Girl at Thursday, April 30, 2015 No comments: 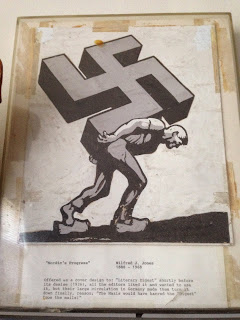 I can no longer take koalas seriously after hearing what they sound like [0:56]

Koalas are the worst animal. Let me tell you why.

1) They eat almost exclusively eucalyptus leaves. Because they are ill equipped to digest these leaves (which are already low in nutrients), koalas have to eat a ton of them. Their lives are almost all sleeping(digesting) or eating or shitting.

2) Speaking of shitting, baby koalas eat the poop of adult koalas. Because as bad as the adult is at digesting these awful leaves, the babies are even worse. So the only way they can get anything out of them at all is to have them pre-digested.

3) Koalas are incredibly stupid. They have the smallest brain to body size ratio of any mammal. Their stupidity can be seen easily by taking a few of those terrible leaves they love and putting them on a plate. The koala will not eat them because it is too stupid to realize they can still be food if they're not attached to a tree.

5) That eucalyptus plant, in addition to being a terrible food, also makes them high. All the time. Like, there is probably not a single moment of a koala's life that its already incredibly stupid brain is not in the grip of this drug masquerading as food.*

6) Most of them have chlamydia. Not like, some special koala version of the disease. Just regular chlamydia which they can give to humans. And thanks to the disease they are always pissing themselves.

So there you go. They're shit eating retard demons with STDs and a drug problem.

*edit: its been pointed out that #5 is a myth and their behavior is just due to the low nutrition of the leaves. Thanks disgruntledpenguins


Sent from my iPhone
Posted by Econo-Girl at Sunday, April 26, 2015 No comments:

The Calbuco volcano in southern Chile erupted yesterday. Two blasts in 24 hours on April 22nd sent plumes of ash and sulfurous gas shooting at least 33,000 feet high. One of the eruptions occured at night and put on a spectacular display of rare and mysterious volcanic lightning.  Visit http://spaceweather.com for a picture of the lightning and a discussion of its underlying physics.

And one of the ways to judge my popularity is Facebook. My defunct law firm has its own Facebook page for you to like, at your leisure.

However, someone in South America is adding Axsmith Law LLC to all their family BBQ photos.

I don't know who this is, but should I care? It's kind of fun to see if maybe I recognize anyone. There has to be some connection to me, right? If it happened only once, it could be explained away by a simple mistake. How, I don't know. How do you accidentally add an American law firm to your Aunt Petunia's birthday cook out? From another continent? If I ever see Mark Zuckerburg, I will ask him.

But this has happened many times now. Several times a week, in fact.

Good news: my law firms Facebook page is active. So active, it has a life of its own. And sadly, a life that looks far more interesting than mine.

Incoming: Meteors and a CME

Subject: Incoming: Meteors and a CME

High-latitude sky watchers should be alert for auroras this week when a solar wind stream and a faint CME are expected to hit Earth's magnetic field in quick succession.  NOAA forecasters estimate a 45% to 65% chance of polar geomagnetic storms on April 21-22.

At the same time, Earth will be passing through a stream of debris from Comet Thatcher, source of the annual Lyrid meteor shower.  Sky watchers are already seeing a smattering of late-night fireballs as Earth approaches the diffuse core of the debris stream.  Meteor rates are expected to crest on April 22-23 with as many as 20 Lyrids per hour.

You have received this message from the mailing list of GLOVER PARK VILLAGE, INC. (Golden Glovers). If you would prefer not to receive these emails in the future, go to the opt-out page and press the 'Remove Me' button.