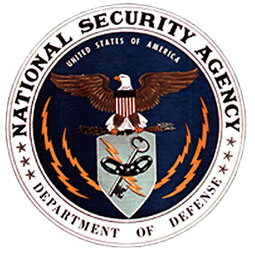 “Knowing what I knew at the time, l would have hired [Edward Snowden] again,” Steven Bay, a former cyberintelligence analyst for Booz Allen Hamilton, said today in Seattle at the IEEE Computer Society’s “Rock Stars of Cybersecurity” conference.“Knowing what I know now, obviously, I wouldn’t,” he added.Bay said today’s talk marked the first time he discussed his side of the Snowden story in a public forum.”  - as reported in Geekwire.
﻿﻿

Steven Bay was Edward Snowden’s supervisor as a contractor at the National Security Agency.  He spoke at a conference recently defending the mass data-collection programs run by the NSA.  He mentioned all the procedural and administrative protections in place to prevent misuse of American’s personal information. Edward Snowden’s outrage at the NSA’s and U.S. Government’s actions led him to expose the existence of these programs to the world.

Steve, may I call you Steve? Steve, you were quite clear about all the procedural protections against the misuse of personal information of American citizens. I believe you, and further believe that those procedures are followed.
Given that, there is something you should think about:  all that and more was in place to prevent torture, and it happened anyway. 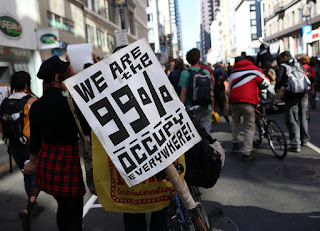 The tools, and data, that the National Security Agency relies upon can easily be used for political purposes, and probably already have.  I’m speaking about the targeting of the Occupy movement. No one doubts your procedures and sincerity. We doubt their resilience. I know from personal experience that there will be other NSA employees who will fall on the sword, professionally speaking, to stop political exploitation of your agency’s tools. But we all have seen how that is not enough to stop torture, and it will not be enough to prevent the use of the NSA's tools from being used for political purposes.

My question is whether or not, when the time comes, you will be willing to risk prison and a destroyed career to object when these surveillance tools are used to break up a peaceful political movement.  Will you be willing to go public?  Will you be strong enough to refuse?  Where do you draw the line?

Most people will do nothing.  Will you?

Political actions protect civil liberties, and so do uncomfortable questions asked of elected representatives. Newspaper articles. Protests. Sunlight. That's the value of the public's right to know.  So they can make decisions about how their country behaves.
I know you believe what you are saying, and I don't doubt your integrity. I'm just saying that administrative rules, without external review, are not adequate to protect American freedom, because that is indeed what is at stake.