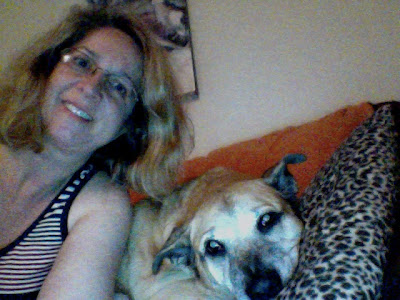 Good Morning America had a great story about a young German Shepard dog helping a Vietnam Vet with PTSD with his symptoms. What I love about German Shepards in particular is how smart they are.

I like seeing that dogs are being given useful tasks in our society. They have attributes that we lack, like keen sense of smell and sharp eyes. I have even heard of dogs being able to smell cancer from lab specimens.

Maybe so many animals wouldn't be killed in shelters every year if there were useful jobs for them to do.
Posted by Econo-Girl at Thursday, June 09, 2011