Trump Is No Hitler - Explained

Trump is No Hitler

You can tell the level of Trump panic by the number of comparisons to Hitler in your Facebook feed. I call it the Hitler index. Not to worry, Trump is not another Hitler, will not become another Hitler, and could not become another Hitler even if he wanted to, because of the issues outlined below. My reasoning is based on the book "Hitlerland" by Andrew Nagorski which drew on unpublished manuscripts of Americans who actually witnessed Hitler's rise to power, knew Hitler and other German politicians in the mid-1920s through 1942.  It is a very good book and worth reading. 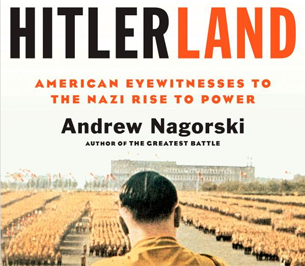 From the beginning, Hitler was clear that impurities in the German race needed to be rooted out. By this, he meant primarily Jews, but others as well. Americans who met Hitler during his rise to power remember him referencing a "final solution" to the "Jewish problem." Of course at the time, they had no idea what he meant. 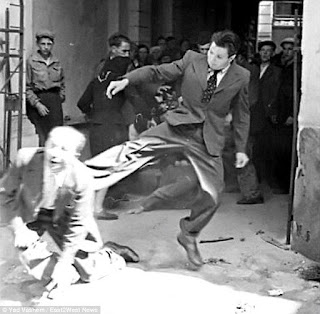 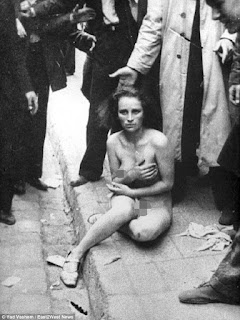 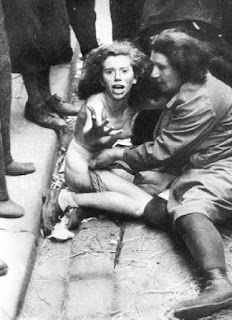 Trump does not define anything in terms of racial purity. He never suggests that the American "race" needs to be purified from Mexicans. First of all, there is no American race. The idea would be a non-starter as there are many people of Hispanic origin here. Mexico is only one place where they originate. Trump does not claim that all Mexicans need to be removed from the U.S., as Hitler did. Trump's focus is illegal immigrants, not Mexicans in particular, no matter how offensively he sells the idea.

In Germany, Jews were beat up in the streets, as were women who were engaged to Jewish men. These women were shaved bald, dragged through the streets half naked, and crowds of people would laugh at them and call them names as they were beaten. Nothing like this is happening now to women engaged to Mexican men.

More than that, there is a country for people to go to for safety: Mexico. There was no such place for Jews in Nazi Germany. From the beginning, concentration camps and mass extermination were Hitler's plan to rid Germany, and Europe, of Jews. Safety for Jews living in Nazi-controlled territory was non-existent because no other country wanted to take them. Sure, a few hundred were accepted by Switzerland and other countries, but on the whole, there was no safe place for the Jews to live.

Readers may react to this reasoning by saying that the sentiments Trump calls out in his followers are eerily similar to those Hitler aroused in his followers. It's a good point, and a correct one. However, xenophobia, racism and fear of social change are not new political weapons, and politicians who use them are not all little Hitlers. The degree to which Trump does this is nowhere near that of Hitler.

From Wikipedia: The Sturmabteilung; literally Storm Department, functioned as the original paramilitary wing of the Nazi Party (NSDAP). It played a significant role in Adolf Hitler's rise to power in the 1920s and 1930s. Their primary purposes were providing protection for Nazi rallies and assemblies, disrupting the meetings of opposing parties, fighting against the paramilitary units of the opposing parties, especially the Red Front Fighters League (Rotfrontkämpferbund) of the Communist Party of Germany (KPD), and intimidating Slavic and Romani citizens, unionists, and Jews – for instance, during the Nazi boycott of Jewish businesses.

There were hundreds of Brownshirts who followed the directives of the Nazi party. They wore uniforms and marched in pseudo military formations and pretended to be a military in its own right. Upon suggestion, they smashed windows, shouted and beat people up. Again, no reasonable argument could be made that Trump is doing the same thing.  Yes, Trump has strongly implied that people should be beaten, but there are no roving gangs of young people in America who are beating up Mexicans in every town and smashing up their businesses. That's what happened to the Jews.

For the Brownshirts to act with such violence and get away with it, there had to be tacit approval from authorities. Remember, the Brownshirts were active for ten years before Hitler came to power. Also remember, they were all killed once Hitler secured the support of the military.

Donald Trump supporters do not act like this. They probably couldn't even if they wanted to, which they do not. The Republican Party is an already-established political party, not an insurgent one like the Nazis. The most you will see is ugly insults and thrown refuse at rallies. 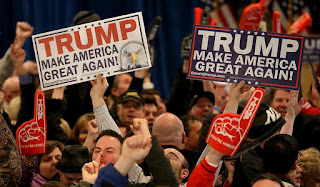 To get to the level of German politics in 1920s, each political group would have its own gang that oversaw "security" for its rallies and attacked gangs from other political parties. Now this is a point of some worry. The fights between supporters of each political candidate are escalating. There is increasing fear of violence, but more than the actual violence that has occurred. Yes, there have been some assaults. But again, the level of it nowhere near reflects what was happening in Germany during the rise of Hitler. 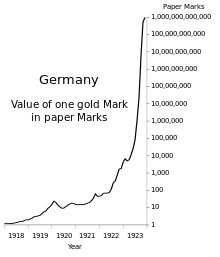 Germany was suffering from a severe financial crisis - much worse than the one in 2008. It caused blind panic and almost universal suffering. Veterans from World War I were left begging on the street, a source of national shame to compound the loss of World War I. Germany was forced to pay reparations to France, England and the United States which was a further insult to them, even if they did start the war. 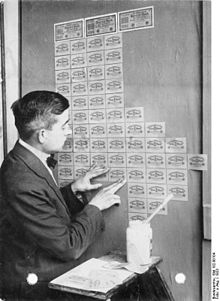 Like people everywhere, Germans were looking for a group to blame. They blamed the Jews. Similarities to Trump's discourse are obvious: he blames Mexicans for our economic troubles.

There is no hyperinflation in the United States. We are not in a state of economic collapse. In 1930s Germany, people used wheelbarrows of cash to buy one loaf of bread because inflation was that bad. No one is doing that now.

Should the U.S. economy collapse, there would be a reason to be concerned about Trump's rhetoric. But that hasn't happened.

And let's not forget: Hitler was insane. Trump may be offensive and absurd, but he is not insane. Reports from Americans who met Hitler during his rise to power describe him as a person that was unable to have a conversation, as he had no interest in listening to anyone. He disliked anyone who tried to interject even a few words for "talking too much." Meeting with Hitler meant being a one person audience to one of his speeches. He never looked at people with whom he was having a conversation. Not to mention his meth addiction. 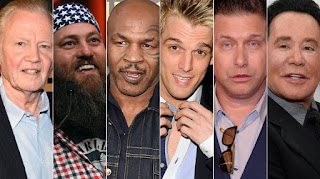 Trump is not an addict of any sort. He does not drink, smoke or do drugs. In fact, Trump's brother died of a drug overdose, and I think it's the real reason he wants to build a wall on the border with Mexico. Trump has managed to swindle scores of people over a long period of time. You don't do that if you are insane. Trump is noted as a very personable guy, and has many friends. You may not be one of them, but they are out there. 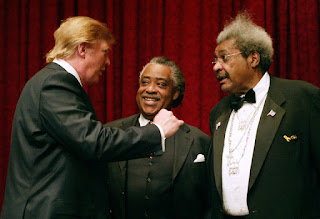 The Nazis led a nationwide boycott of Jewish businesses. And if you didn't want to take part in it, the Nazi Brownshirts would make it very unpleasant for you if you stepped into a Jewish-owned store. Nothing like this is happening to Mexicans or anybody else because of Trump.

The democratic institutions that could put a limit on Hitler were overwhelmed by his popular and political support. Hitler was forced to be a witness in a trial of one of his Brownshirts for murder. We would call it a hate crime. The man was found not guilty.

Hitler had tacit support from the Bavarian political establishment, such that his niece was shot under suspicious circumstances and Hitler was not even questioned about it. Or his Beer Hall Putsch, which was open treason against the German government and for which he only spent nine months in prison out of a five year sentence. If Donald Trump shot someone, there is no jurisdiction in the country that would look the other way. If Trump engaged in an open, armed revolt against the U.S. government, no political establishment would shield him from his full sentence.

So, Trump is No Hitler


Much of what allowed Hitler to grab political power were the political and economic conditions in Germany in the 1920s.  Those conditions do not exist in the United States right now, nor are they likely to in the future.  Trump's style of political rhetoric, and its content, are troubling.  The answer to that is the ballot box.


Are you registered to vote?

This column is a testimony to optimism. Trump supporters are dedicated to rooting out all diversity in ethnicity and religion. Trump is addicted to power and his ego. No, he is not "like" Hitler, but he is just as dangerous.

agreed he is equally dangerous. He is hardly going to be a carbon copy of Hitler, times are different, but the similarities in this modern age are scary

It is beyond shame and ridicule how this comparison, Hitler - Trump even could be made. IGNORANCE!!!! Not having a CLUE about facts and history.

Trump supporters "rooting out diversity"? It are many of the leftists who do so. See the low class remarks of the "Pussy hat " women at the march against Trump. In short: all trump is doing is interpret negatively, taken out of context, and EGO based superiority high in the sky.
I am not republican, but totally turned of from the arrogance of many on the left.